SINCE 1998 THE BEST ITALIAN CMS. MORE THAN A CMS: IT IS A PORTAL INFRASTRUCTURE.

Spin&Go (CMS) was created in first release in 1998 and in 2004 Virgilio adopted it as its only CMS after a six-month software selection process. As early as the year 2000, venture capitalists saw Spin&Go as a ‘shelf’ product, but Engitel prefers to provide it to individual companies as an ‘accelerator’ of their online business.

During these years, Spin&Go has continued to grow and today is considered one of the best CM on the market due to its stability and versatility. Indeed, Spin&Go is not just a CMS, but is a real Multichannel Publishing Engine. 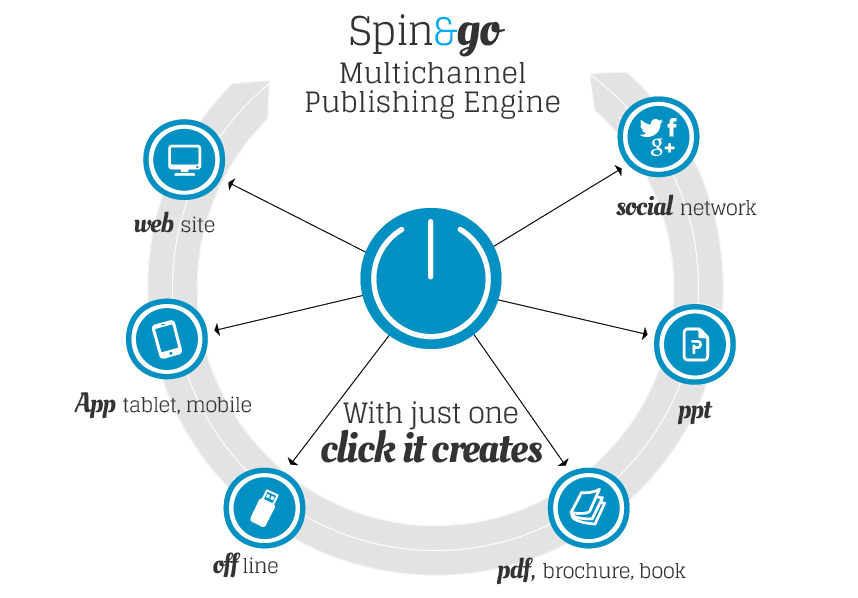 Spin&Go is a Multi Channel Publishing Engine, in the sense that content published on the website then allows the generation, with a single click by the back office of:

It has been developed with .NET (Microsoft), but it can interface with any other system. Depending on requirements, the system can be configured to generate the site pages in the following modes: dynamic, static, or semi-static.

The minimum technology requirements (hardware and software) necessary for the operation of a ‘standard’ system equipped with the Spin&Go platform: